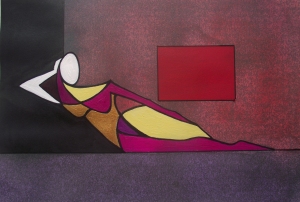 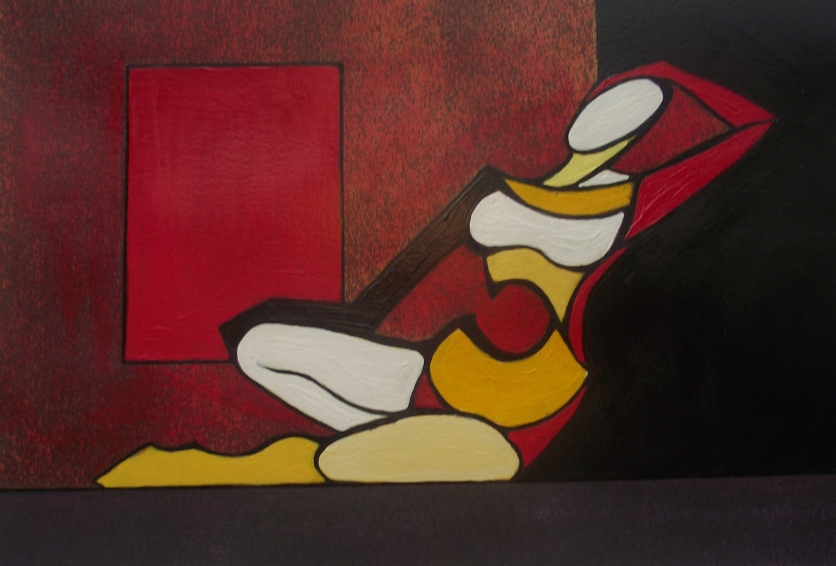 The statement, “Black is a Color” was the title for a Matisse exhibit held by the M Maeght Gallery in Paris, 1946. Matiisse’s comments on black and his use of black in his paintings caused me to rethink the way in which I use black in my paintings.

I have primarily used black in my paintings to develop a line into a continuous flowing line,  to create a sense of movement and rhythm. The image below, Verse Floating Free, is an example. I never thought of black as a color other than depicting and shaping a line.

With Matisse’s remarks in mind, I began to experiment with black in my figurative series, as a color and an object. First, I did several quick sketches of nudes leaning or reclining into an empty space with no visible means of support. 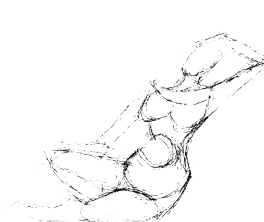 Then I worked an several washes, filling in the background and began to introduce black as a color and a support for the reclining nude. 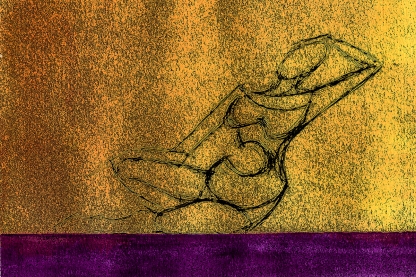 The final paintings take shape with the black being a strong color, an object and a support.

I am a Chicago artist, painter and visual poet. View all posts by Rees

One thought on ““Black is a Color””

This site uses Akismet to reduce spam. Learn how your comment data is processed.